To make it or break it: Macedonia decision at the June European Council

ДомаTo make it or break it: Macedonia decision at the June European Council 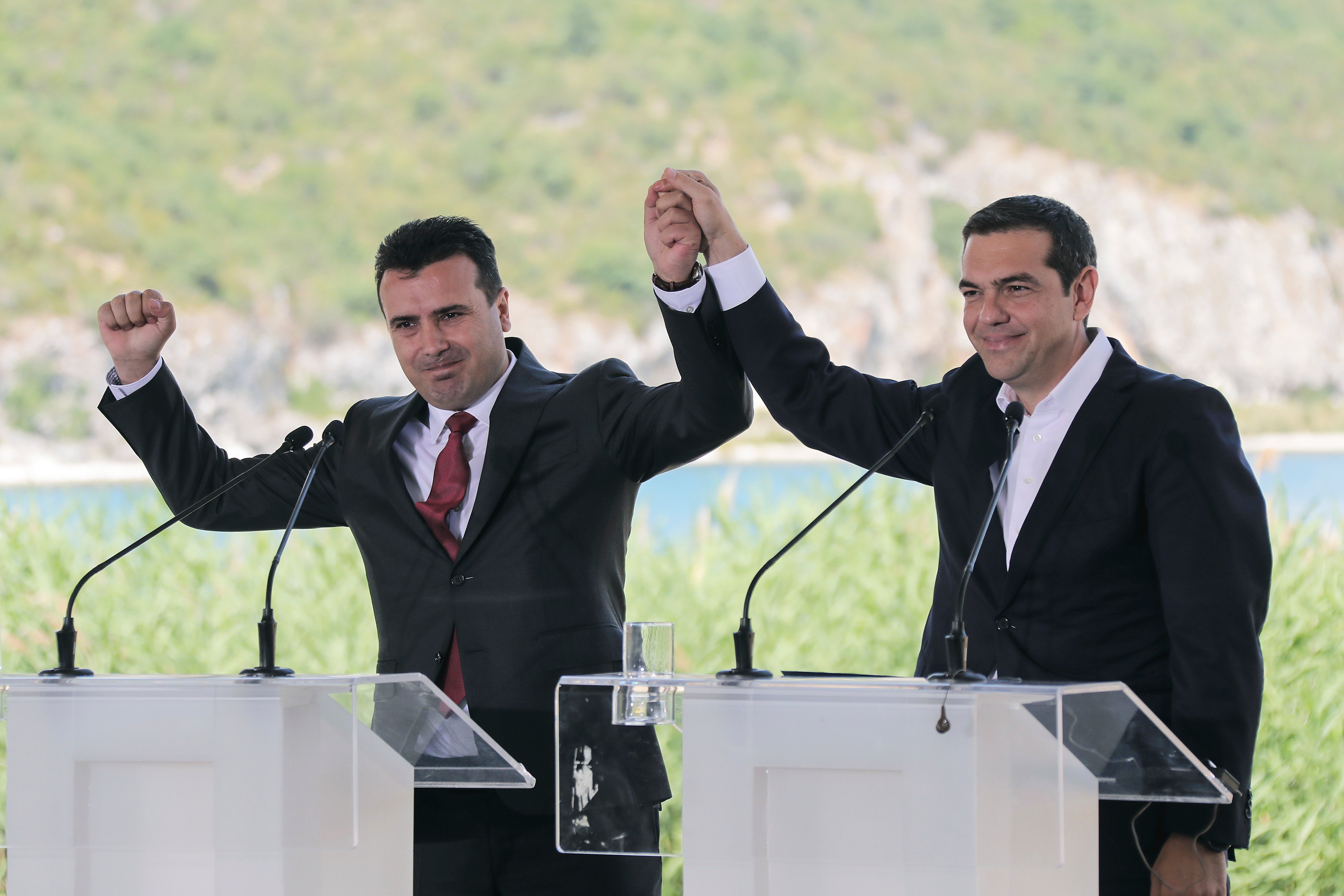 To make it or break it: Macedonia decision at the June European Council

The upcoming summit of the heads of state and government of the European Union member states, to be held at the end of June 2018, will be viewed with much interest from the Balkans. The last enlargement package in the autumn of 2016, under the Slovak Presidency, was not followed up by Council conclusions at the time, making 2015 the last reference point in this respect. The spring 2018 enlargement package and the two (new) recommendations for the launching of accession negotiations for Albania and Macedonia raised expectations in both countries.

Yet, since last week the stakes have been the highest for Macedonia they have ever been. After the signing of the treaty for resolving the name dispute with Greece, which has essentially stood in the way of its accession negotiations from 2009 to 2015, a failure by the EU member states to recognize this breakthrough with a date for accession negotiations is likely to have serious consequences. The signing of the treaty and the complexity of the steps that are to follow should not be underestimated by anyone who means well to Macedonia and the Balkans in general. The very fact that both governments reached a point where they were ready to sign a deal their oppositions considered blasphemous is a sign that concessions have been made.

To move forward, all hands are needed on board, especially in the NATO and EU context. It is no news to anyone that the main impetus for the signing of the treaty and the concessions made on the (soon to be North) Macedonian side came from the need to unblock the path to membership of both organizations. The decisions taken in each of them in the course of the following month will have a long-lasting impact on the overall circumstances surrounding the process of the resolution of the name dispute in both countries, especially Macedonia, where a referendum is to take place in autumn this year.  Public opinion research indicates that a slight majority of the country is likely to accept an agreement for a name change for unblocking the path towards membership in international organizations.

Hence, the next month is crucial in order for NATO and the EU to deliver on their end of the deal. In NATO, this would mean an invitation to start accession negotiations at the upcoming July summit and the ratification of a membership treaty as soon as possible. As for the EU, the situation is, as always, very complicated. The outcome that would be most supportive of the implementation of the agreement with Greece and the fragile reform process is a date for the accession negotiations and the announcement of an intergovernmental conference in six months or one year. Opening the first chapters of the negotiations on the judiciary and justice, freedom and security would also lock down the changes that have taken place over the tumultuous last year. This would, in fact, be the only logical outcome after the lack of a follow up to the Commission recommendation for launching accession negotiations between 2009 and 2015 as a result of the bilateral dispute. Now that the dispute is on its way out and the country has been praised for restarting the reform processes in highly politically sensitive areas, any other outcome would act against the logic of EU conditionality.

Yet, from what we have seen over the last month of the summit, Macedonia might fall prey to the common give and takes of the European decision-making process. It is no secret that France has other priorities for the upcoming summit, especially in light of the upcoming elections for the European Parliament. In fact, the EU member state that seems to finally be interested and supportive of the negotiations is Germany. While it is one of the most important and necessary allies to have, it is certainly not always a sufficient one. Talk of moving the Council conclusions to the December summit headed by Austria is likely to send a negative signal to the Macedonian public regarding the EU’s readiness to support this deal, which is the last thing needed at this point. While December is only six months away, it is exactly these six months that can make or break the deal in Macedonia.

While understanding that the situation in the EU is far from ideal, the decision-makers in the EU member states who are at all familiar with the issue must not let it slip within the bargaining process happening over the course of the following week. Linking the opening of accession negotiations with the longest-standing candidate in EU history (after Turkey) with concessions that other EU member states may or may not get (foremost from Germany) will be counterproductive for Macedonia, the region, and ultimately the credibility of the Union. This would, in fact, be the same Union that promised a credible enlargement strategy and singled out the resolution of bilateral disputes as a sine qua non for all of the candidate countries. Needless to say, it will send a negative signal to the stakeholders involved in the other major bilateral disputes, starting with Kosovo and Serbia.

The EU and its institutions over the last year have finally recuperated and once again found their role in Macedonia, as was evident in the enlargement package, but also the presence of Commissioner Hahn and High Representative Mogherini at the signing of the treaty in the picturesque Prespa area. If they do not deliver on this deal, one of the biggest opportunities in the history of EU enlargement (possibly comparable to the historic case of Slovakia in 1997) is likely to be missed. European Councils do come and go every six months, but this is the first and only time in 27 years that Macedonia and Greece have come so close to a solution, creating a ‘now or never’ situation. The EU decision-makers sitting in Brussels on 28 and 29 of June should be aware of this and use this opportunity to re-affirm the credibility of EU conditionality and the membership perspective for Macedonia and the region.

This article was originally published on the BiEPAG Blog and can be accessed here.

Photo: Greek Prime Minister Alexis Tsipras, right and his Macedonian counterpart Zoran Zaev, raise their hands during a signing agreement for Macedonia’s new name in the village of Psarades, Prespes Greece, on Sunday, June 17, 2018. The preliminary deal launches a long process that will last several months. If successful, it will end a decades-long dispute between neighbors Greece and Macedonia _ which will be renamed North Macedonia. (AP Photo/Yorgos Karahalis)