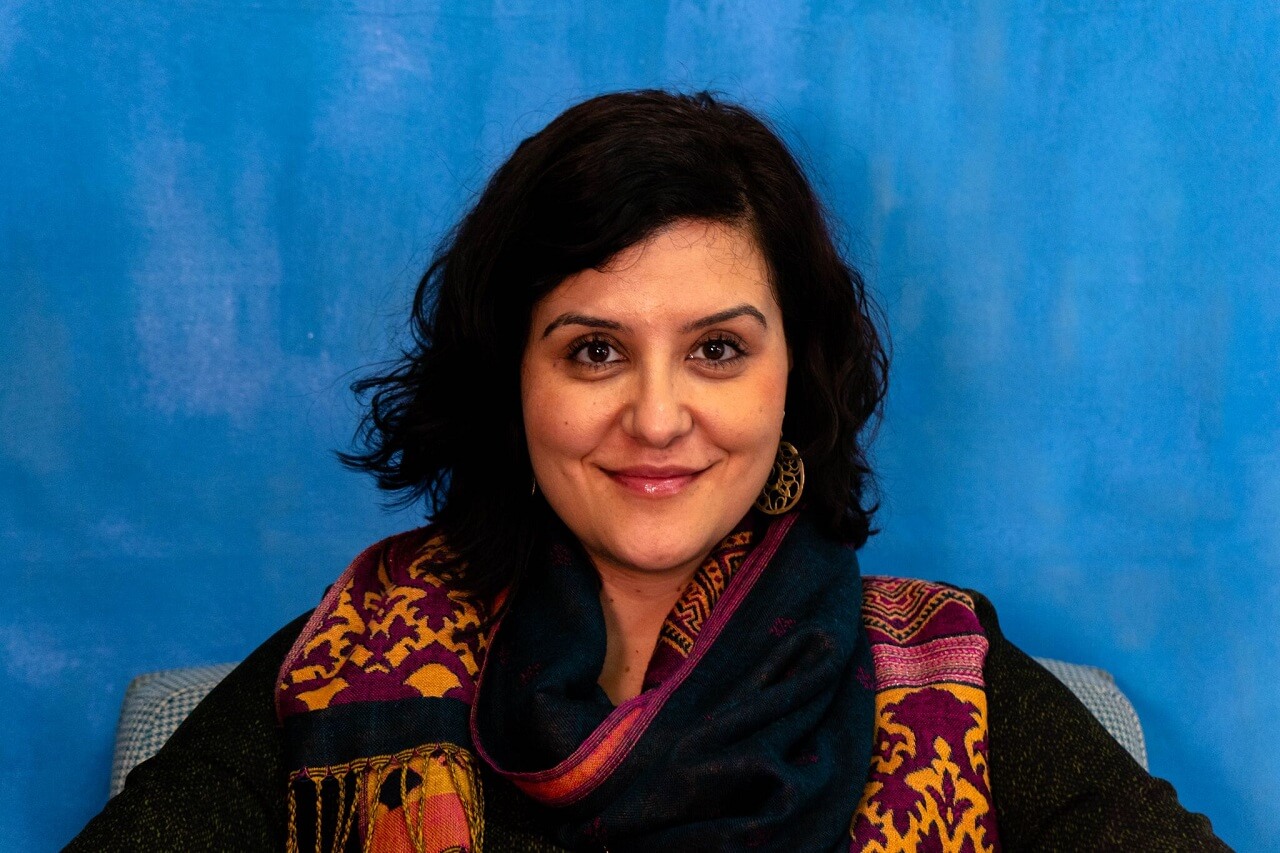 Dr. Malinka Ristevska Jordanova - member of the Managing Board of EPI 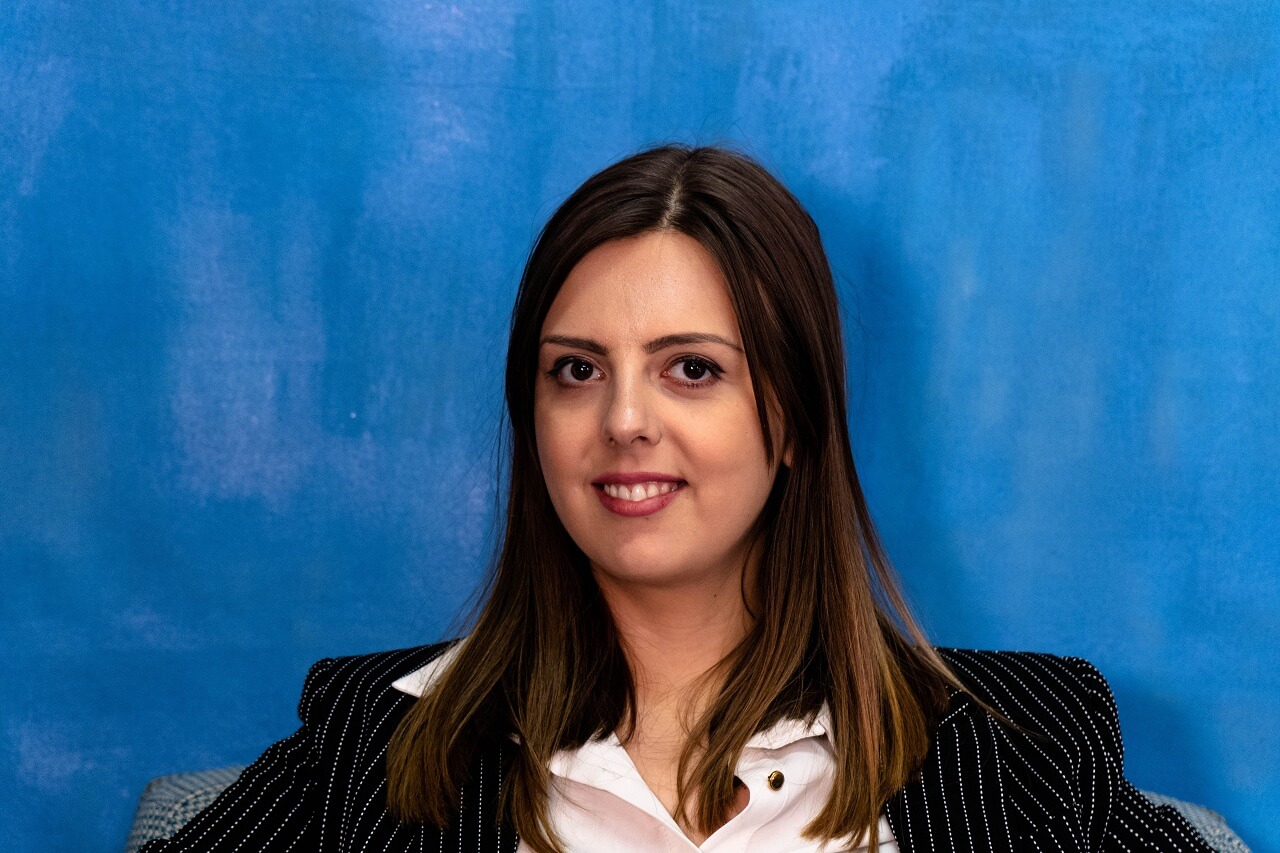 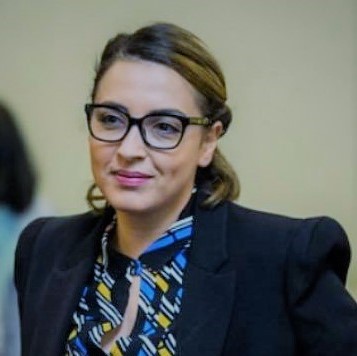 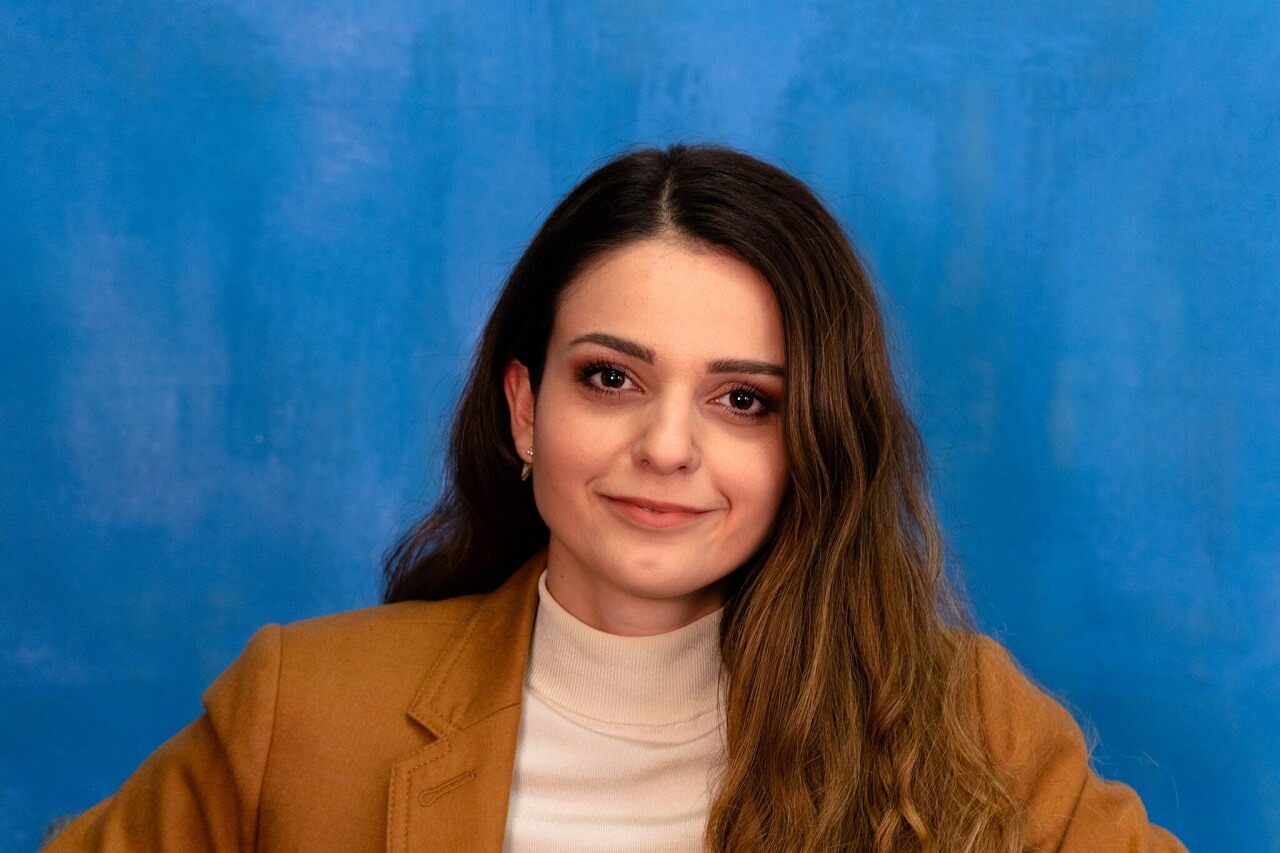 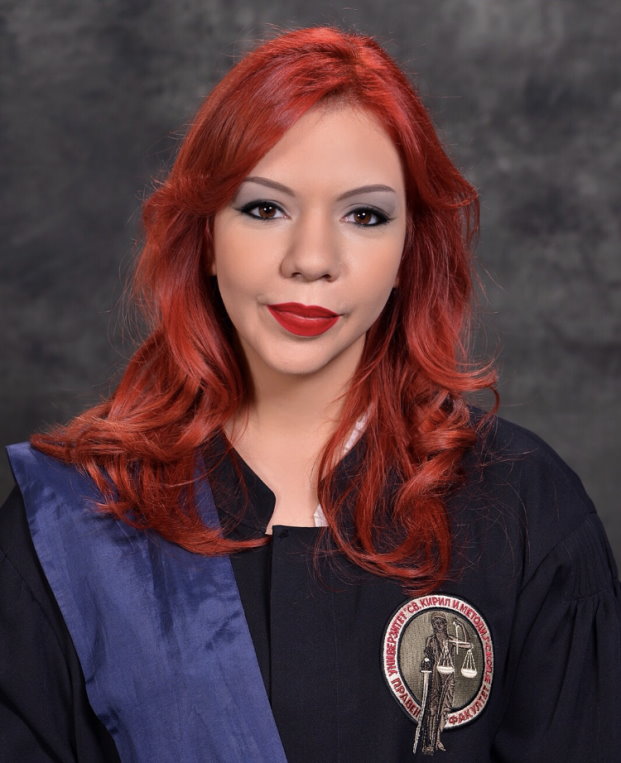 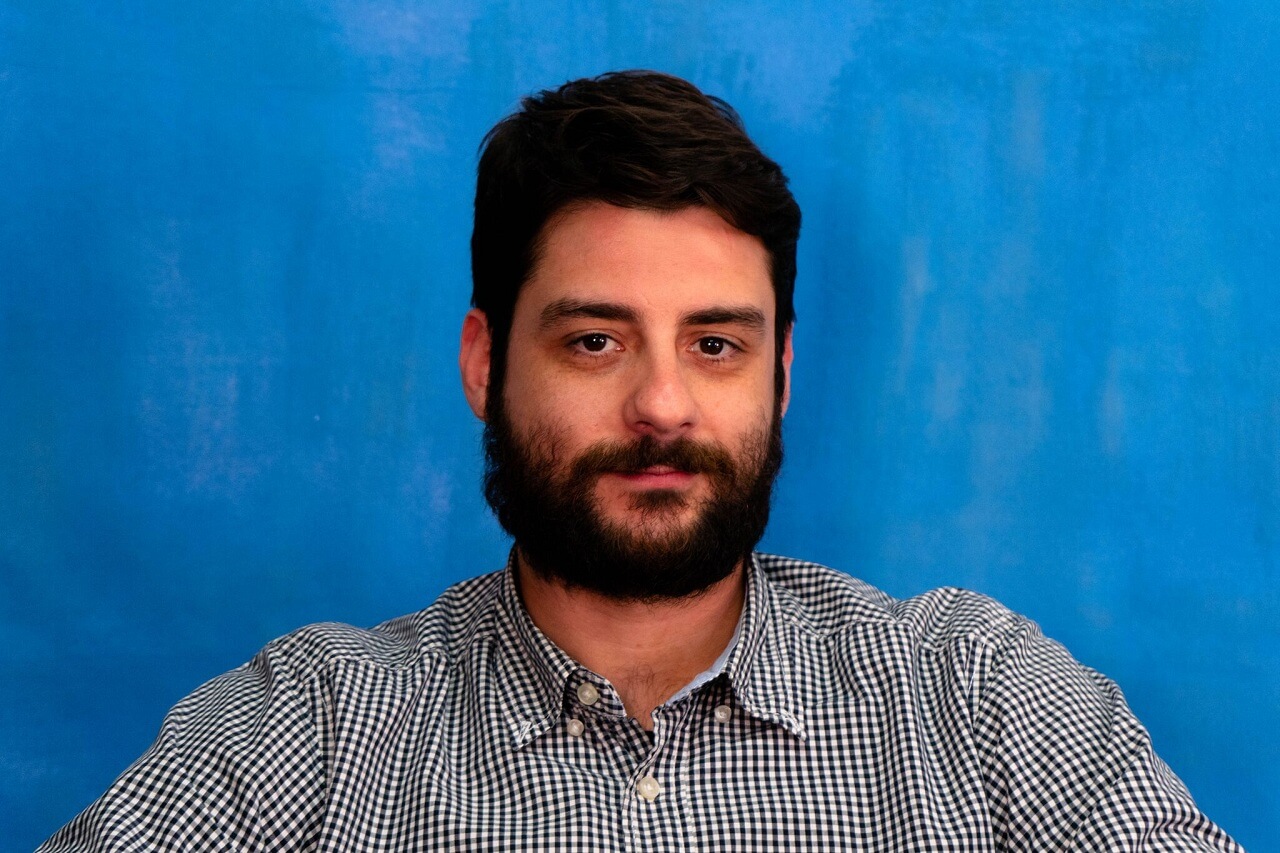 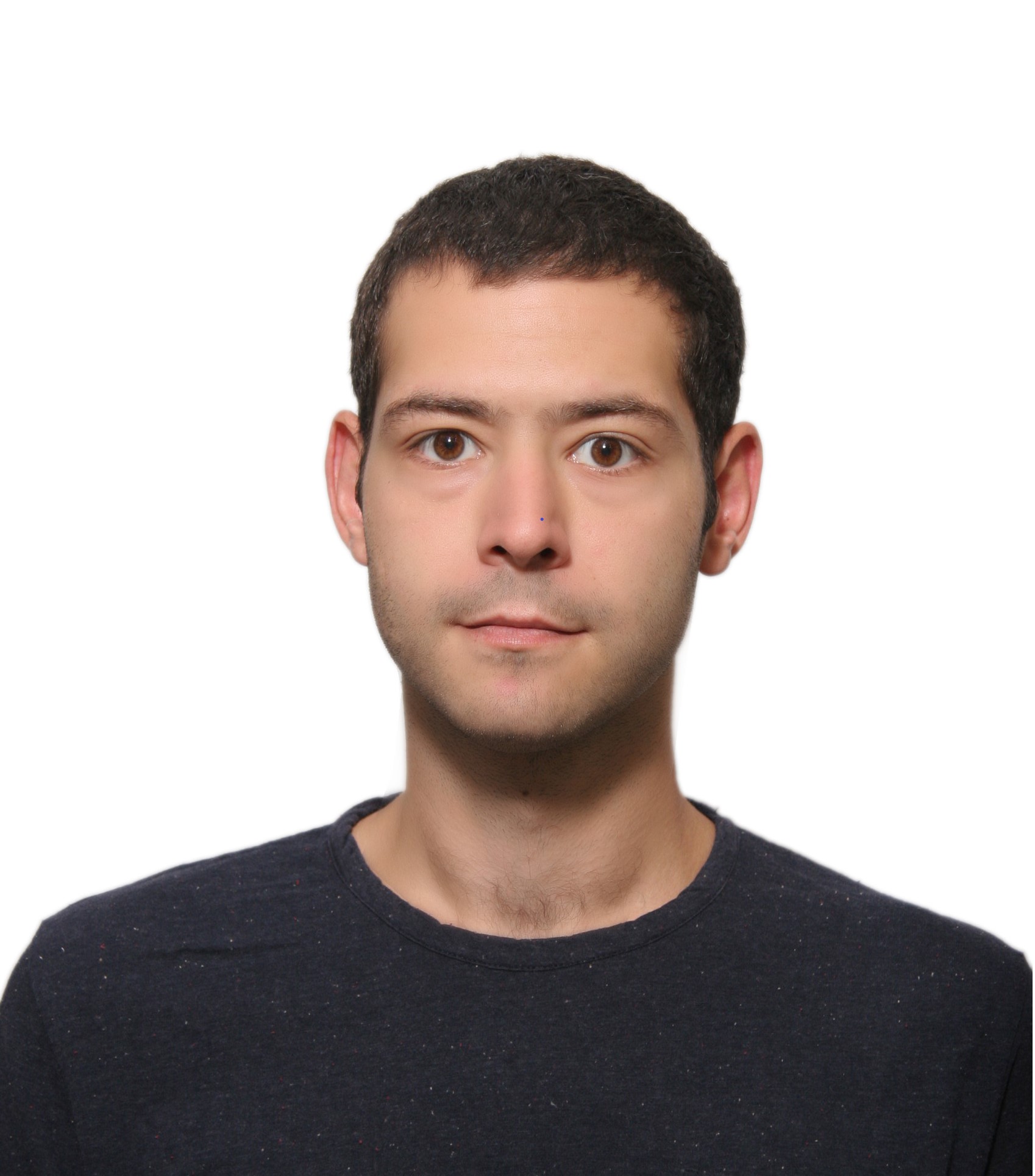 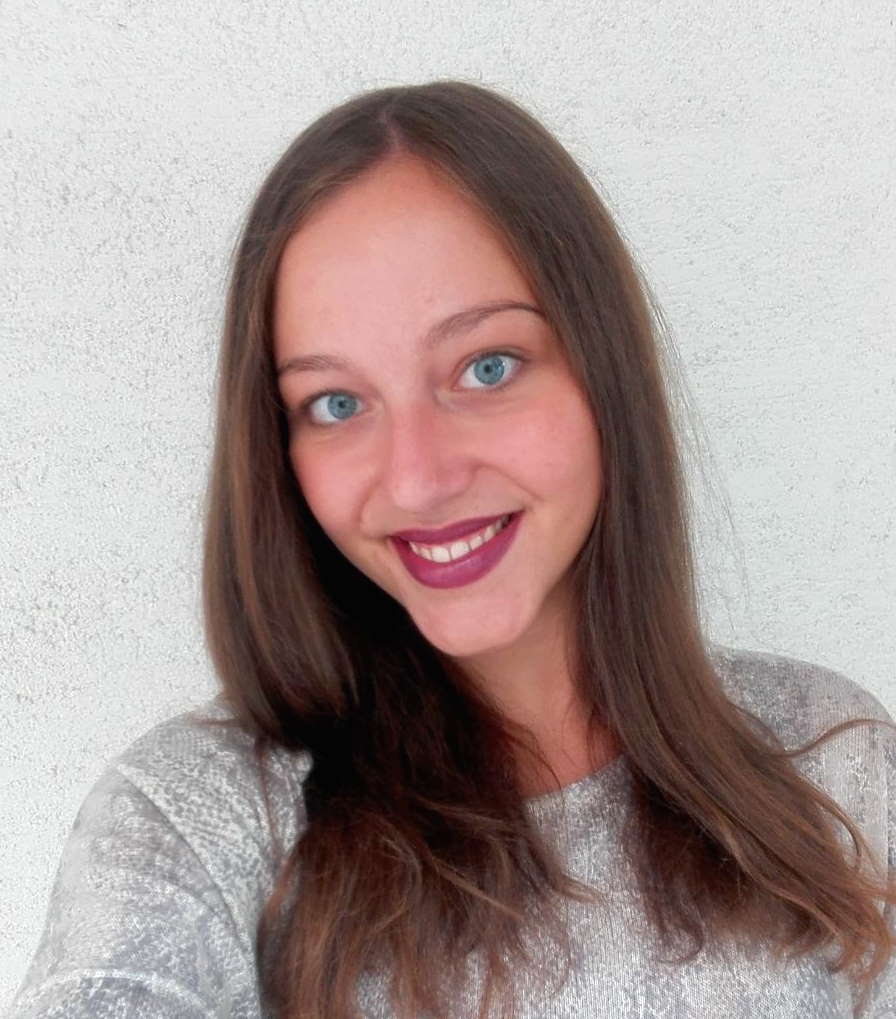 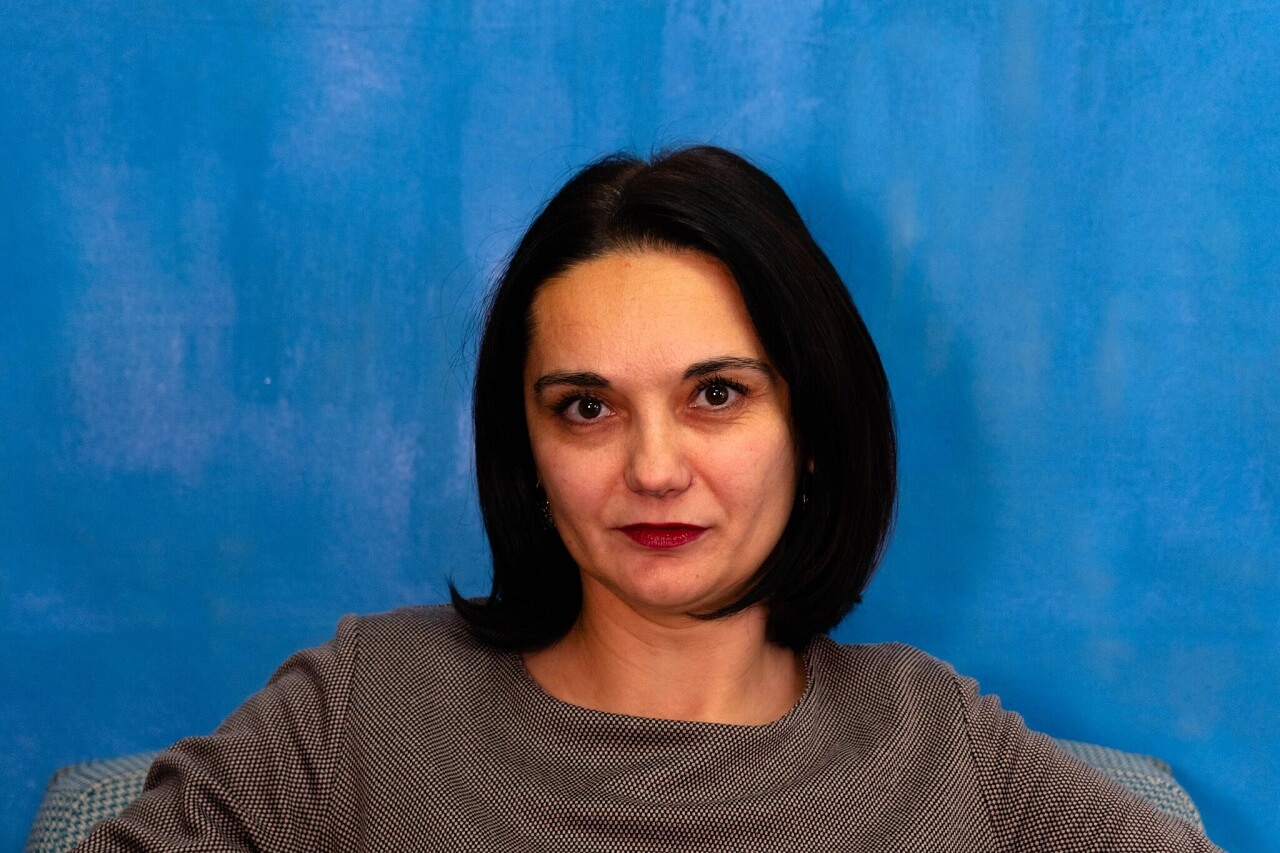 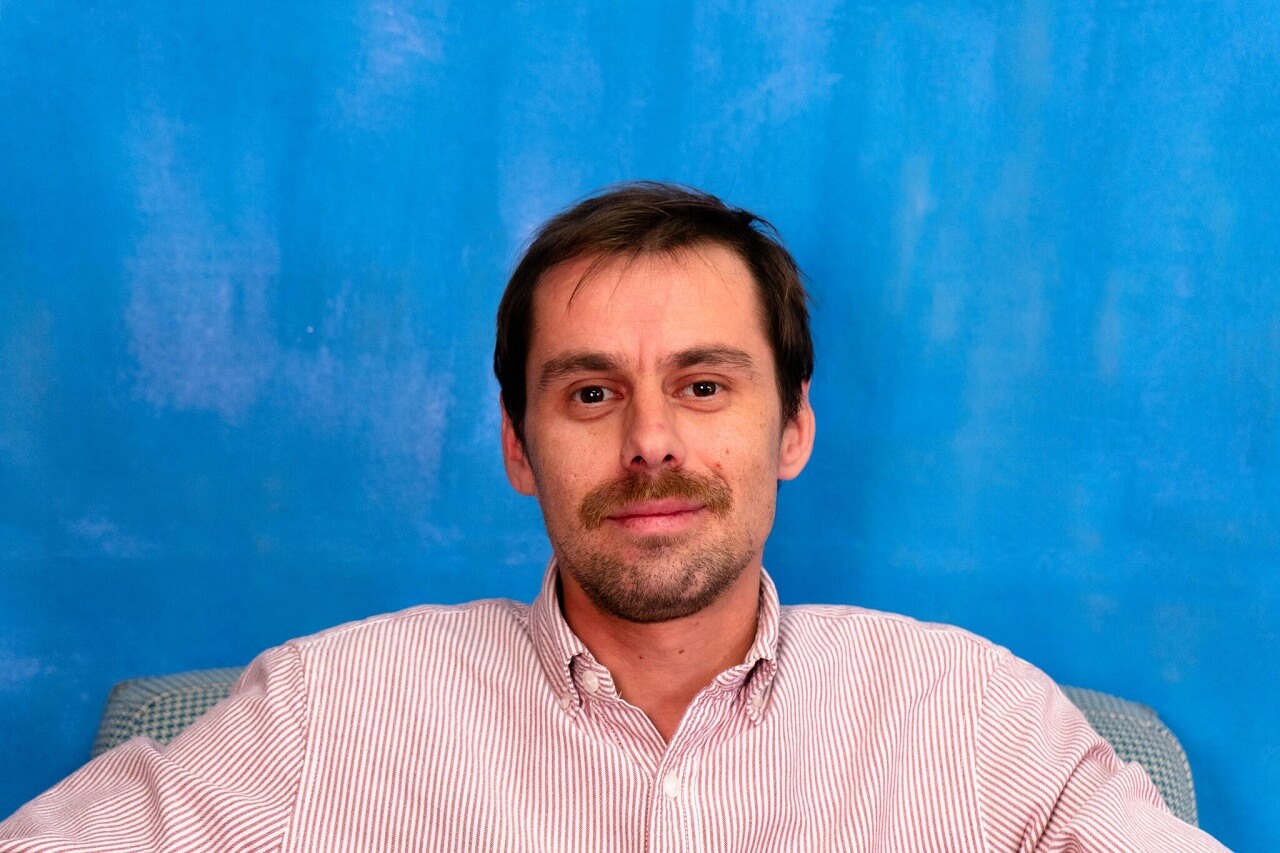 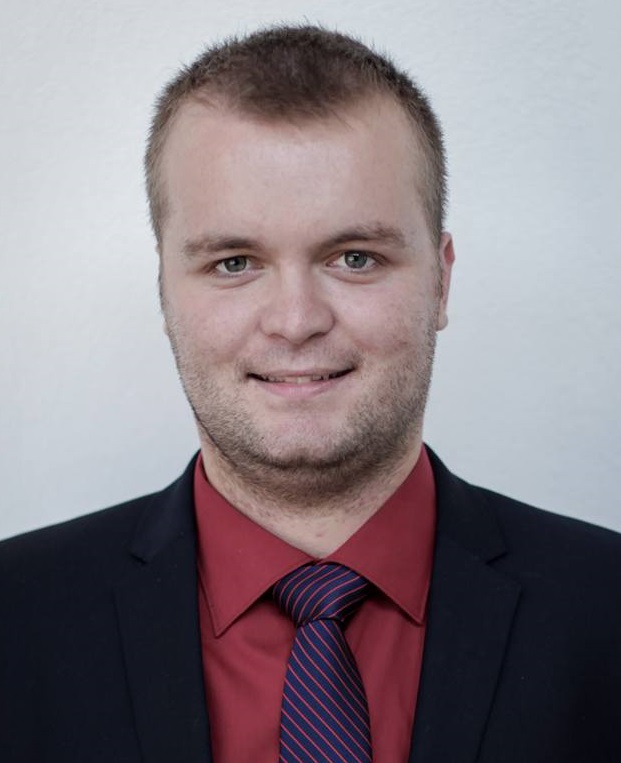 Simonida is one EPI’s founders and works in the Institute since 2011. In the period between 2005 and 2011, Simonida has worked in the Secretariat for European Affairs in the Government of the Republic of Macedonia, in the Unit for Justice, Freedom and Security, Sector for Integration.

She was a research fellow at the Central European University, University of Oxford, the College of Europe and the European Research Council project The Europeanisation of Citizenship in the Successor States of the Former Yugoslavia based at the University of Edinburgh School of Law. Simonida provided expert and consultancy services to international organisations (CoE and OSCE). She has both practitioner and research experience related to the political transformation and European integration of the Balkans with a focus on national minority policies.

She is a director of EPI since February 2017. 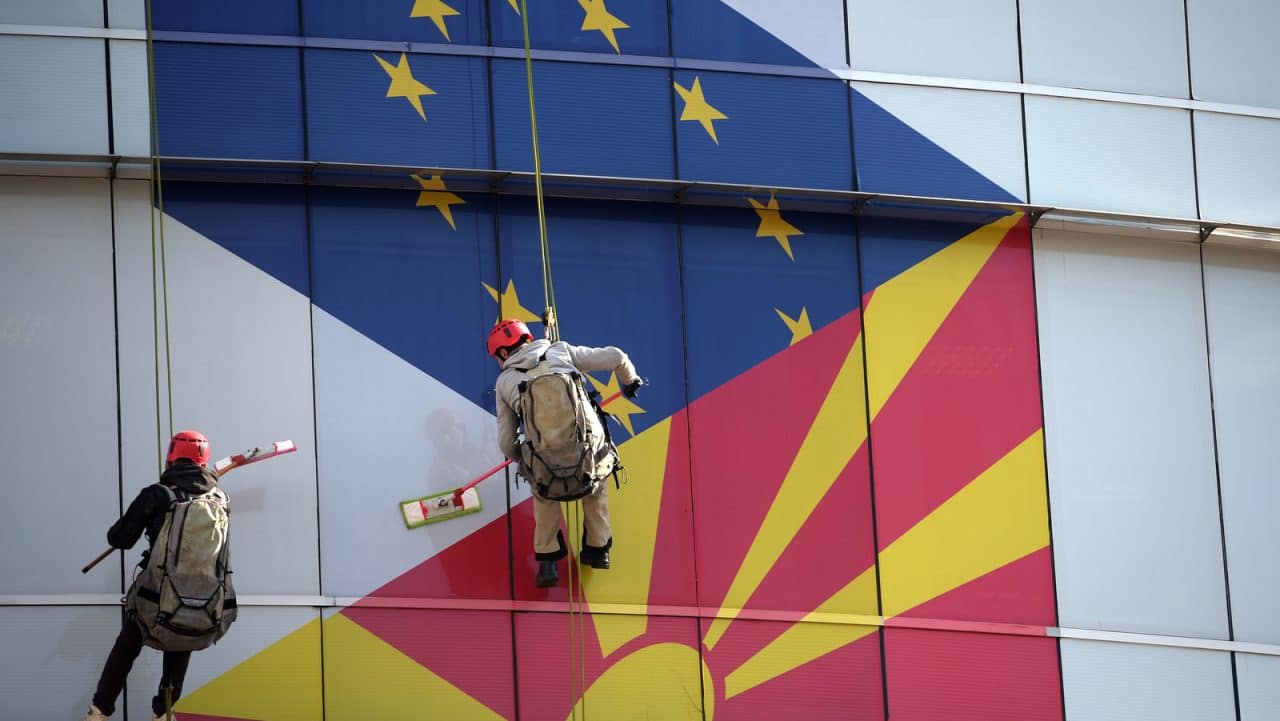 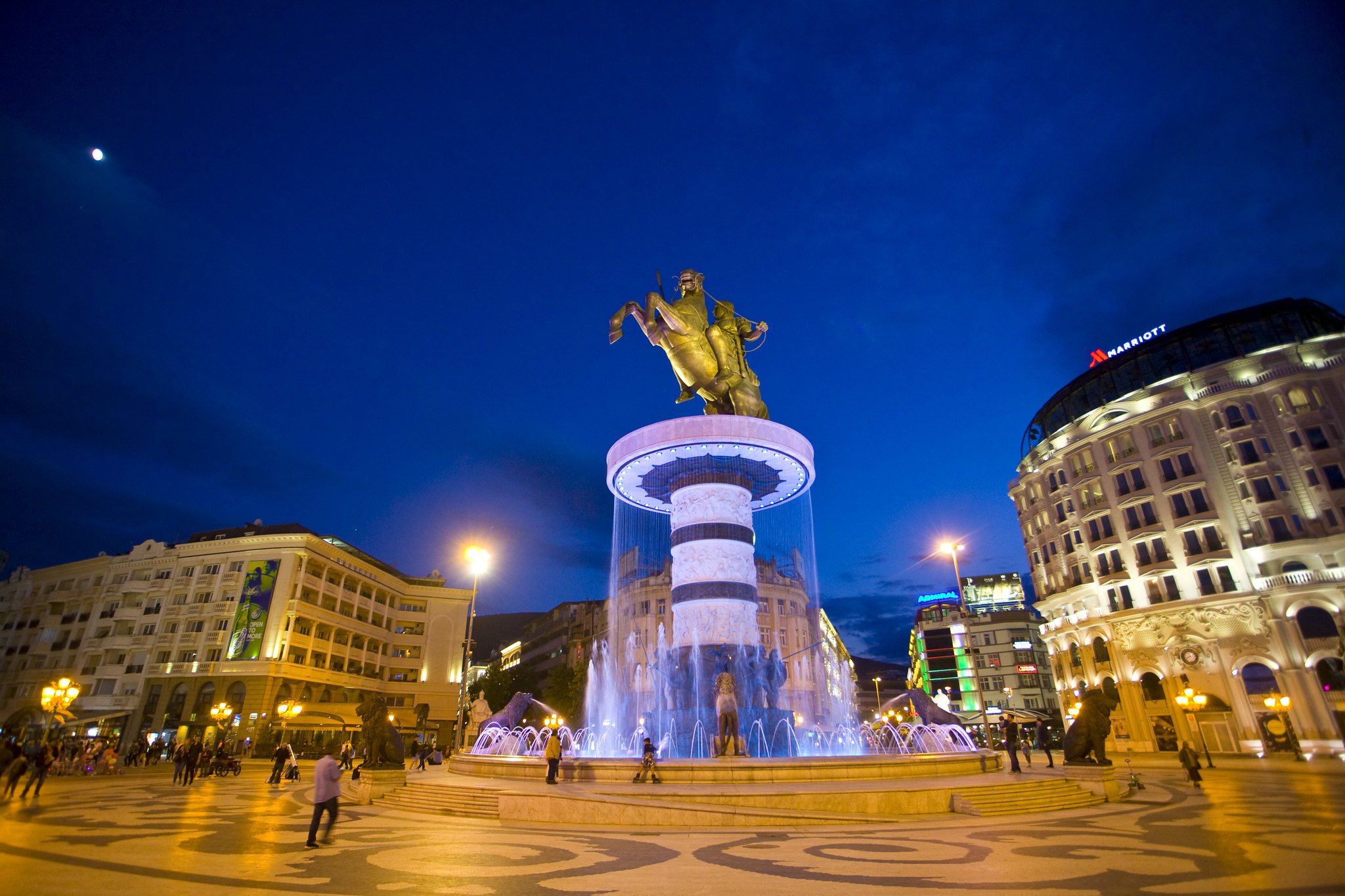 Ardita Abazi Imeri  is one of the EPIs  founders and works in the institute since 2011. She holds a  PhD from the University “Ss. Cyril and Methodius” – Institute for sociological, political and juridical research in the area of consumer protection and alignment with acquis communaitaire and holds a degree  Master of  Law in International, Comparative and European law from Maastricht University  (Maastricht, The Netherlands).

At the Institute, Ardita is the programme coordinator, responsible for overall strategic planning and monitoring and evaluation of EPIs work. Other areas of focus in her work are rule of law, accession monitoring, conditionality policy, consumer protection and promotion of social cohesion policies.  Among successful projects under her leadership are projects related to the public administration reform (WeBER) as a regional grant manager and reforms in the area justice sector (Мрежа 23+, JuDGMeNT).

Between 2008 and 2010 she worked in the Secretariat for European Affairs of the Government of the Republic of Macedonia, specifically on issues related to internal market and sectorial policies. 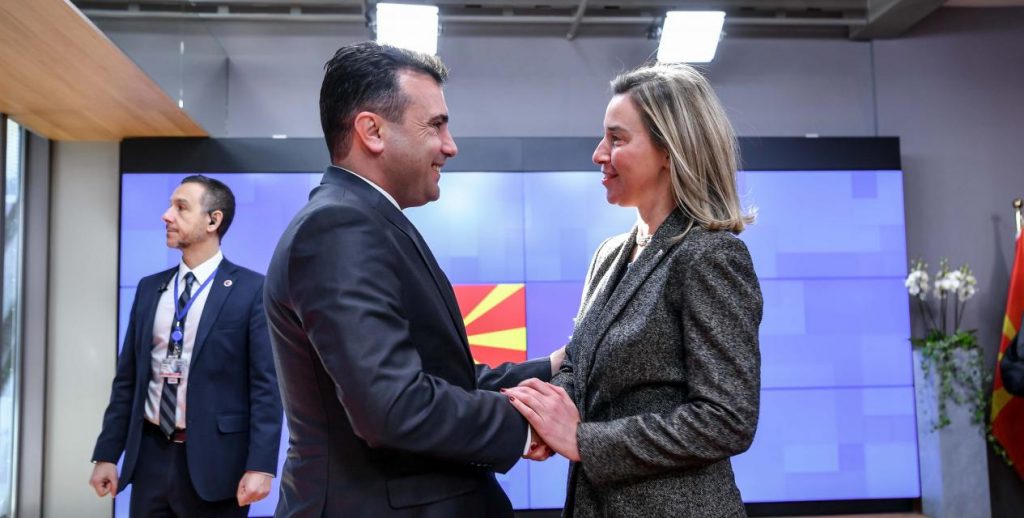 Dr. Malinka Ristevska Jordanova - member of the Managing Board of EPI

Dr. Malinka Ristevska Jordanova is a member of the Managing Board of the Institute for European Policy - Skopje (EPI) and former director of EPI from 2011 to February 2017. She holds a PhD from the Faculty of Law on the University “Ss. Cyril and Methodius” (Macedonia). Her PhD thesis focused on the transposition of the acquis communautaire in the national law in Macedonia.

Malinka has many years of experience in the creation and implementation of EU-related policies in Macedonia and the region. In 2011 she was State Adviser in the Ministry of Information Society and Administration. From 2002 - 2008 and 2008 – 2011, she was a State Counselor on Legal Issues for European Integration in the Secretariat for European Affairs and at the same time President of the Stabilization and Association Committee and the Subcommittee on Justice and Home Affairs. In that capacity, she gave a special contribution to the candidacy of the Republic of Macedonia for accession  to the EU, fulfillment of the recommendations for starting accession negotiations and visa liberalization, She has many years of experience in the public administration reforms in the Republic of Macedonia and the region.

The Macedonian Path to Brussels: Breaking the Vicious Cycle

Dr. Biljana Kotevska joined EPI in a researcher role in August 2014. She moved on to be EPI’s external collaborator for the duration of her stay in Belfast (UK) for her PhD studies, and resumed her full time engagement with EPI as research coordinator upon her return, in October 2018. She has worked as a researcher for fifteen years for think–tank organisations in SEE, and as an expert and consultant for IGOs (EU, CoE and OSCE) and NGOs (mainly from Macedonia) on equality and non–discrimination, ESCR, NHRIs and minority rights. Dr. Kotevska is the non-discrimination and gender equality country expert on Macedonia in the European Commission’s Network of Legal Experts in Gender Equality and Non-discrimination and in its predecessor network since January 2011. She is also part of EPI's FRANET team which works on research for the Agency for Fundamental Rights of the European Union. Dr. Kotevska has provided her expert support to important policy processes, most recently the drafting of the new Law on Gender Equality (2020) and drafting amendments of the Law on the Assembly and the Rulebook of the Assembly for a more gender-sensitive parliament (2021), and is currently working with the Ministry of Labour and Social Policy and the Council of Europe on drafting the new National Action Plan on Roma Women.

Dr. Kotevska received her doctorate from the School of Law, Queen's University Belfast (UK) for her doctoral research "Equality and non-discrimination in the post-Yugoslav space: Intersectionality under law in Croatia, Macedonia and Slovenia", for which she was awarded the Special Postgraduate Research Scholarship by the School of Law, Queen's University Belfast (UK) and the Civil Society Scholar Award by the Open Society Institute (London/New York). She holds an LL.B from the University ‘St. Cyril and Methodius’ (Macedonia), MA in Democracy and Human Rights in South-East Europe from the University of Sarajevo (Bosnia and Herzegovina) and the University of Bologna (Italy), and an LL.M in International Human Rights Law (with distinction) from the University of Essex (UK). Dr. Kotevska has been awarded four competitive individual research grants and three competitive full postgraduate scholarships, including the Chevening Scholarship by the Foreign and Commonwealth Office. She is a member of several research centers and academic associations, including the Berkeley Center on Comparative Equality & Anti-Discrimination Law (University of California, USA), the Human Rights Center (Queen’s University Belfast, UK), the Academic Association for Contemporary European Studies (UACES) and the Socio-Legal Studies Association (SLSA). 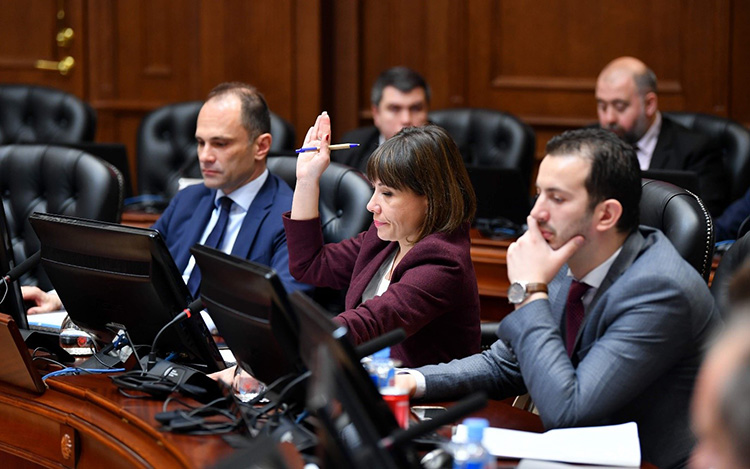 Iva Conevska, LL.M., is a project manager and researcher in the European Policy Institute in the programme for Democracy and Rule of Law. Iva joined EPI in 2015. She holds an LL.B. (2013) and an LL.M. in international law (2015) from the Faculty of Law “Iustinianus Primus” at the University “Ss. Cyril and Methodius” (Macedonia). She passed the bar exam in 2017 (Macedonia). Iva has authored several publications on Chapter 23, EU accession process and judiciary. 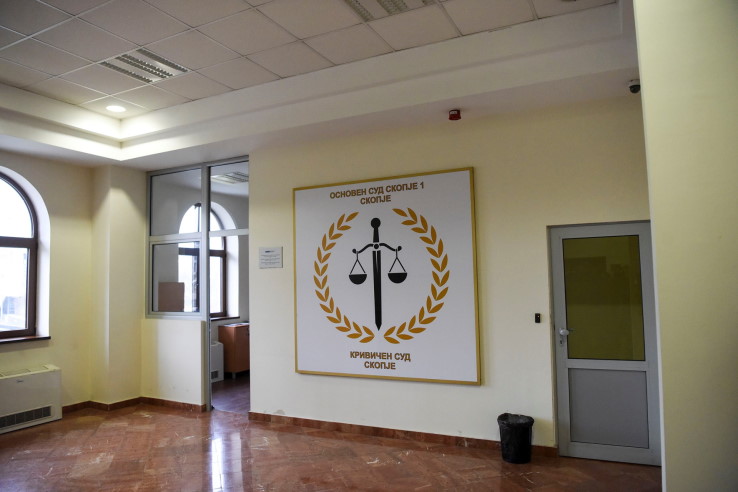 Julijana Karai holds a MA in Policy and Governance of European Integration from the University of Bologna and she is EPI’s Assembly Member. She has been working in the Secretariat for European Affairs in the field of Political Criteria, specifically on issues related to democracy and rule of law, public administration reform, decentralisation and fight against corruption; and in the Ministry of Information Society and Administration.

Julijana was a TEMPUS trainer for Continuing Education in European Affairs with the certificate from the College of Europe in Bruges, Belgium; researcher in the Regional IPA Project “Strengthening National Integrity Systems in the Western Balkans and Turkey and tracking developments of anti-corruption efforts”; project manager of the IPA project “Civic Participation for Local Democracy”; and a consultant in the UNDP Project “Developing innovative solutions for better access to local services”. 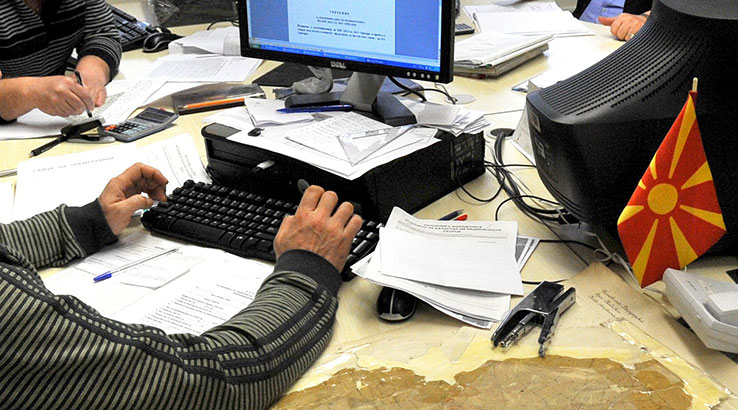 Ardita Vejseli is a researcher at the European Policy Institute. She graduated from the South East European University in Skopje with a degree in law, and is currently pursuing a master's degree in international law at the same university. Her thesis focuses on youth policies in North Macedonia and their harmonization with European standards. Ardita is responsible for conducting field research on human rights projects, and also works on topics related to youth rights. Since the engagement of EPI in 2017, she has been actively involved in leading and organizing two national debates according to the Deliberative Polling method, where both debates were organized in cooperation with Stanford University from the USA. She is the author and co-author of several studies and was part of the second generation of the project "EUth - Youth Advocating in the EU” organized by Civil Rights Defenders, for which she conducted research on the right to education and young people with disabilities, with which she has advocated in several meetings in the European Parliament. 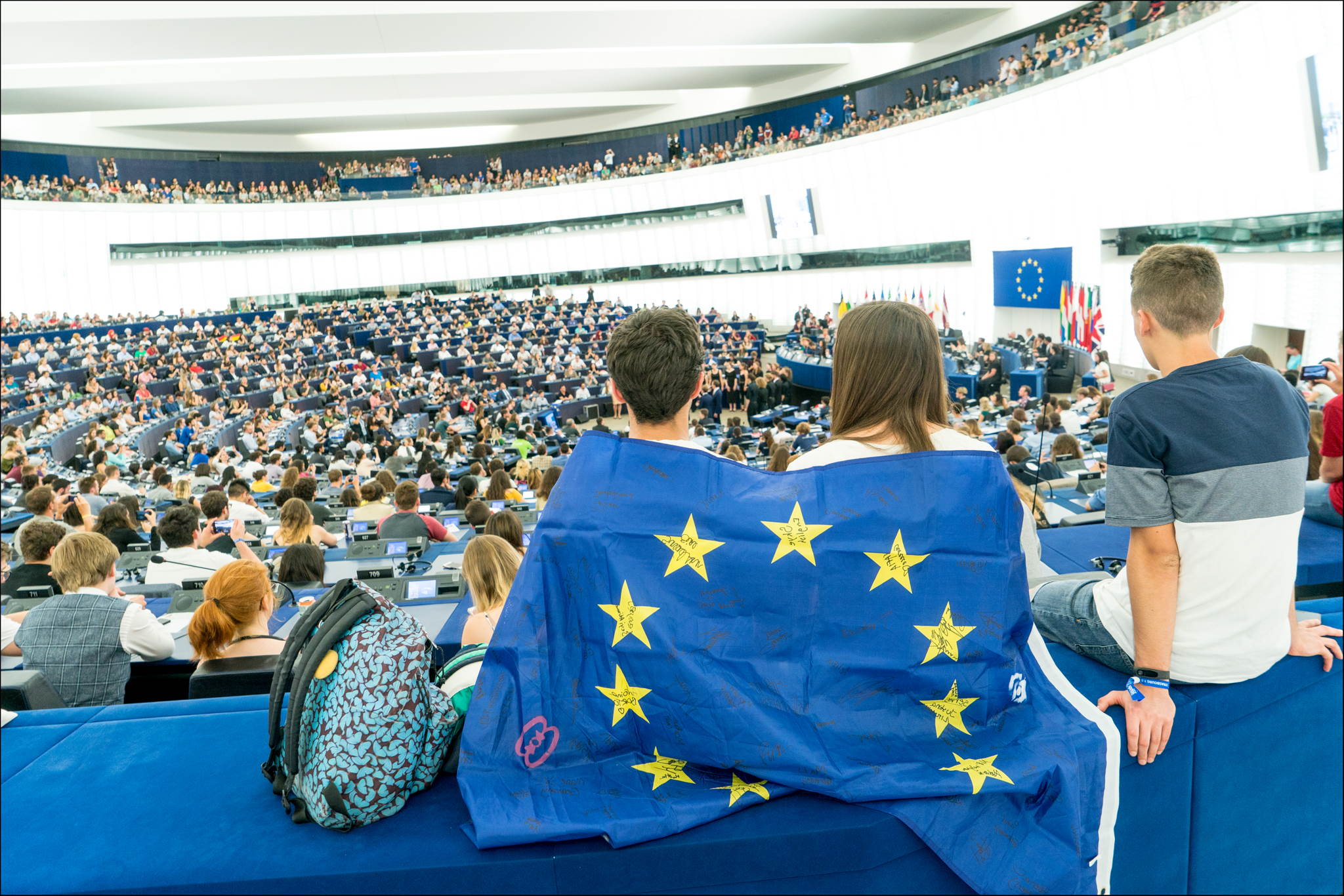 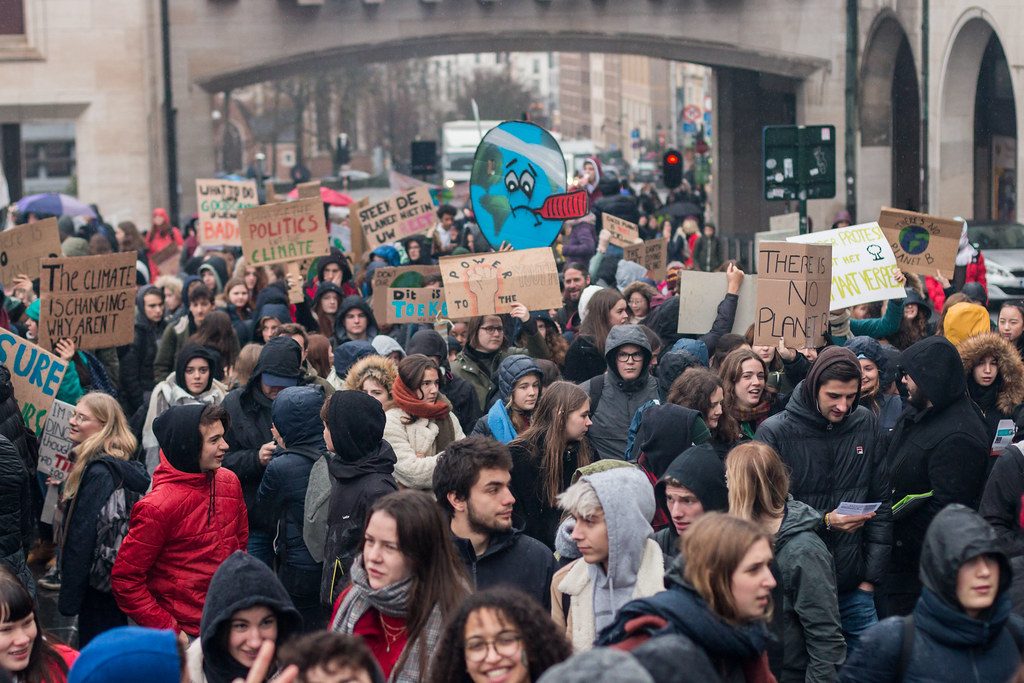 Beba Zhagar is a researcher at the European Policy Institute, in the programme for Democracy and Rule of Law.
Beba holds an LL.B. (2018) and an LL.M. in International law and relations and EU law (2020) from the Faculty of Law “Iustinianus Primus” at the University “Ss. Cyril and Methodius” in Skopje. Additionally, she holds an advanced LL.M. in International and European law at the Ghent University (Belgium).
Beba has practical experience in NGOs, public institutions, a law firm and a consultancy firm.

Angel Mojsovski is a researcher at the European Policy Institute. Angel holds a BA in political sciences from the Faculty of Law “Iustinianus Primus”, University “Ss. Cyril and Methodius” (Macedonia).  Angel has worked as a researcher and as a project assistant on several projects focused on human rights and minority rights, with a particular focus on social rights. He has about five years of experience in conducting fieldwork research. His main research interest is in the area of social policy and public administration reforms. In the last three years, Angel also contributes to the design of research methodologies for the research projects in EPI on which he has been engaged. 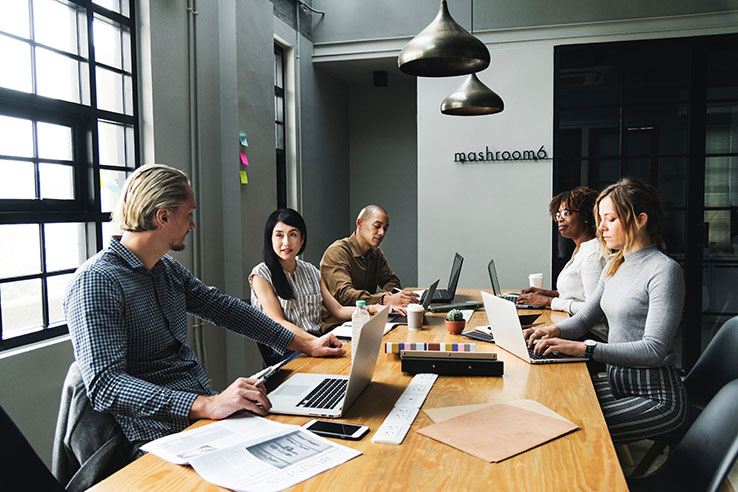 In EPI, Stefan works on monitoring the accession process of North Macedonia in the European Union and sectorial policies. He works on the CIVICA project and the regional project of the TEN network.

Before working in EPI, Stefan worked in EuroEvents - Market Research Institute on projects concerning compliance with regulations and transparency, and cross-border health care with a focus on the European acquis.

Angela Delevska is a project assistant at the European Policy Institute. Angela holds a BA in political science from the Faculty of Law “Iustinianus Primus”, University “Ss. Cyril and Methodius”- Skopje. She is currently working on projects within the Democracy and Rule of Law programme. Angela has been part of the EPI team since 2019.

Vaska Ristovska joined EPI in October 2014 as an Administrative Officer. Since then she has been responsible for financial and administrative management of several projects, as well as development of the program activities of the Institute. Apart from daily activities, that ensure smooth implementation of projects, she also ensures smooth management and communication with the project team and partners. Vaska has graduated at the Institute for Ethnology and Anthropology at the Faculty of Natural Sciences and Mathematics, University "Ss. Cyril and Methodius”.

Dejan Ristovski is a Financial Officer in EPI. He graduated economy at the University for Tourism and Management in Skopje.

He is employed in EPI since 2013. He has worked on projects financed by the European Union and other partners. Dejan was a financial and administrative officer in the project Network 23, which envisaged a re-granting scheme. From that position, he was responsible for drafting re-granting scheme documents, monitoring the payments and the implementation of the re-granted projects.

In EPI, he is responsible for the financial operations of the organizations, that is, payments, financial reporting, as well as settling documentation for accounting.

Naum Lokoski is a Communication Officer in EPI. He holds a BA in Political Science from the Faculty of Law “Iustinianus Primus” of the University “Ss. Cyril and Methodius” and is currently enrolled in a master studies in Applied Politics at the same faculty.

As a Communication Officer, he is responsible for managing EPI’s website and social media accounts. He is tasked with drafting announcements, promoting EPI’s publications and research findings, managing e-mail communication, press clipping, and daily monitoring of both national and international media outlets. He helps in the development of both project-related and organizational communication strategy and monitors their implementation. Naum also contributes to producing promotional materials, such as briefs, one-pagers, summaries, infographics and videos. 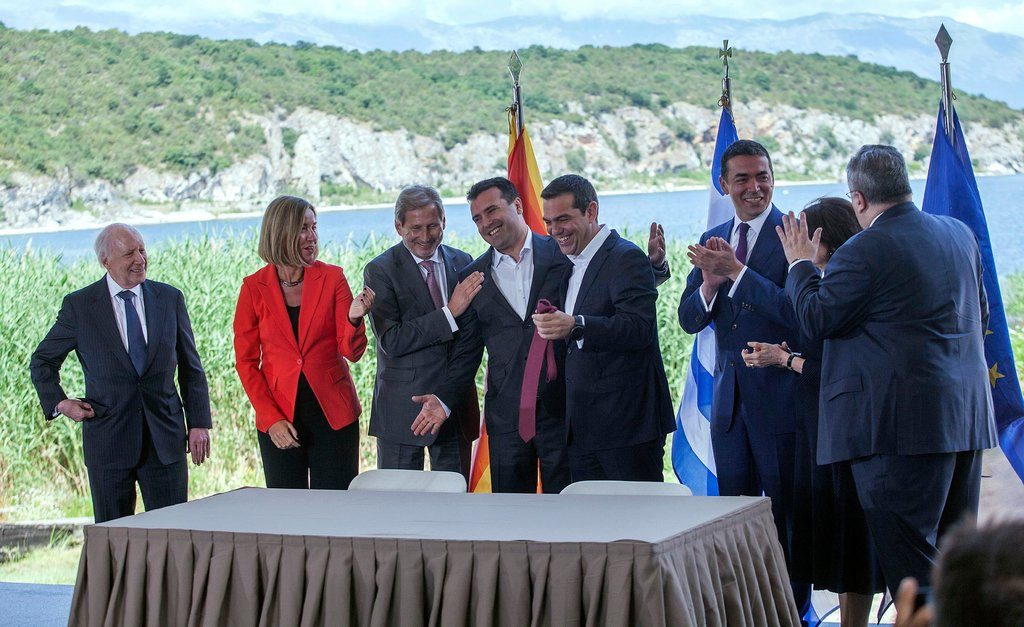