Discussion: Mediation is more than just courts and lawyers, it is a culture developing quickly in this country

HomeDiscussion: Mediation is more than just courts and lawyers, it is a culture developing quickly in this country 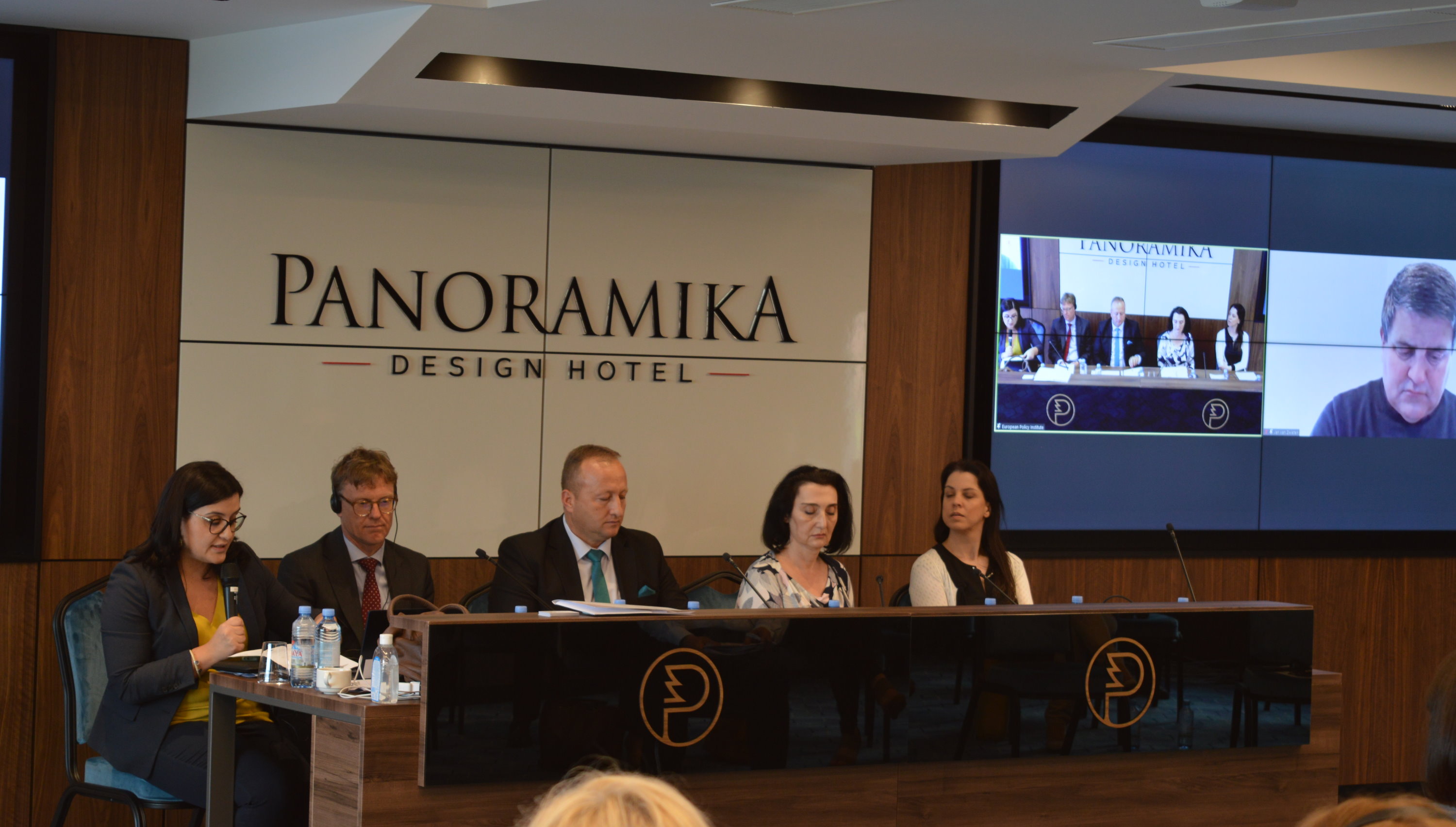 Discussion: Mediation is more than just courts and lawyers, it is a culture developing quickly in this country

Mediation is more than just courts and lawyers, it is a culture. The public should accept it, because it is imperative for mediation to spread further than the legal aspect.

This was one of the main conclusions from the promotional event “Improving the quality of mediation” organized by EPI, as part of the project “Mediate, do not hesitate!“.

The opening speeches were delivered by the Director of the European Policy Institute, Simonida Kacarska, PhD, the Chargé d’Affaires in the Embassy of the Kingdom of the Netherlands in Skopje, H.E. Mr. Robert Dekker, the Deputy Minister of Justice of the Republic of North Macedonia, Agim Nuhiu, PhD, the Director of the Academy for Judges and Public Prosecutors, Natasha Gaber Damjanovska, PhD and the President of the Chamber of Mediators of the Republic of North Macedonia, Ms. Gordana Bogeska. They presented and acknowledged the development of mediation achieved thus far, as well as, set out the future challenges.

The key challenges in the implementation of the new Law on mediation were presented by Ms. Radica Lazareska Gerovska, a State Advisor at the Ministry of Justice. On the other hand, the available techniques and psychological preparation as preconditions for quality and professionalism improvement in mediators’ work were elaborated by Jan van Zwieten, PhD,  the Chair of the Mediators Federation Netherlands and Ms. Gea van Klompenburg and Ms. Marjon Kuipers, experts in the field of mediation.

During the event it was pointed out that mediation motivates opposing parties to have a seat at the same table, together with an impartial party and reach compromise making all parties come out as winners.

Mediation, as a dispute resolution mechanism, may aid in additional reduction of the number of court cases, which also reduces expenses for the citizens and the state, as well as, providing a better access to justice. The projects implemented by EPI and the Embassy of the Kingdom of the Netherlands in Skopje were assessed as positive for the promotion of mediation in the country, because they have overturned the mediation as a concept on paper, with around 10 cases into thousands of cases solved by means of mediation, within 5-6 years.

The event was organized as part of the project “Mediate, do not hesitate!“,  implemented by the European Policy Institute (EPI)- Skopje in cooperation with The Academy for Judges and Public Prosecutors “Pavel Shatev”, The Chamber of Mediators of the Republic of North Macedonia and The Mediators Federation Netherlands. The project is financed by the Kingdom of the Netherlands.