A positive signal from the EU needed, but North Macedonia should complete its homework on reform implementation

HomeA positive signal from the EU needed, but North Macedonia should complete its homework on reform implementation 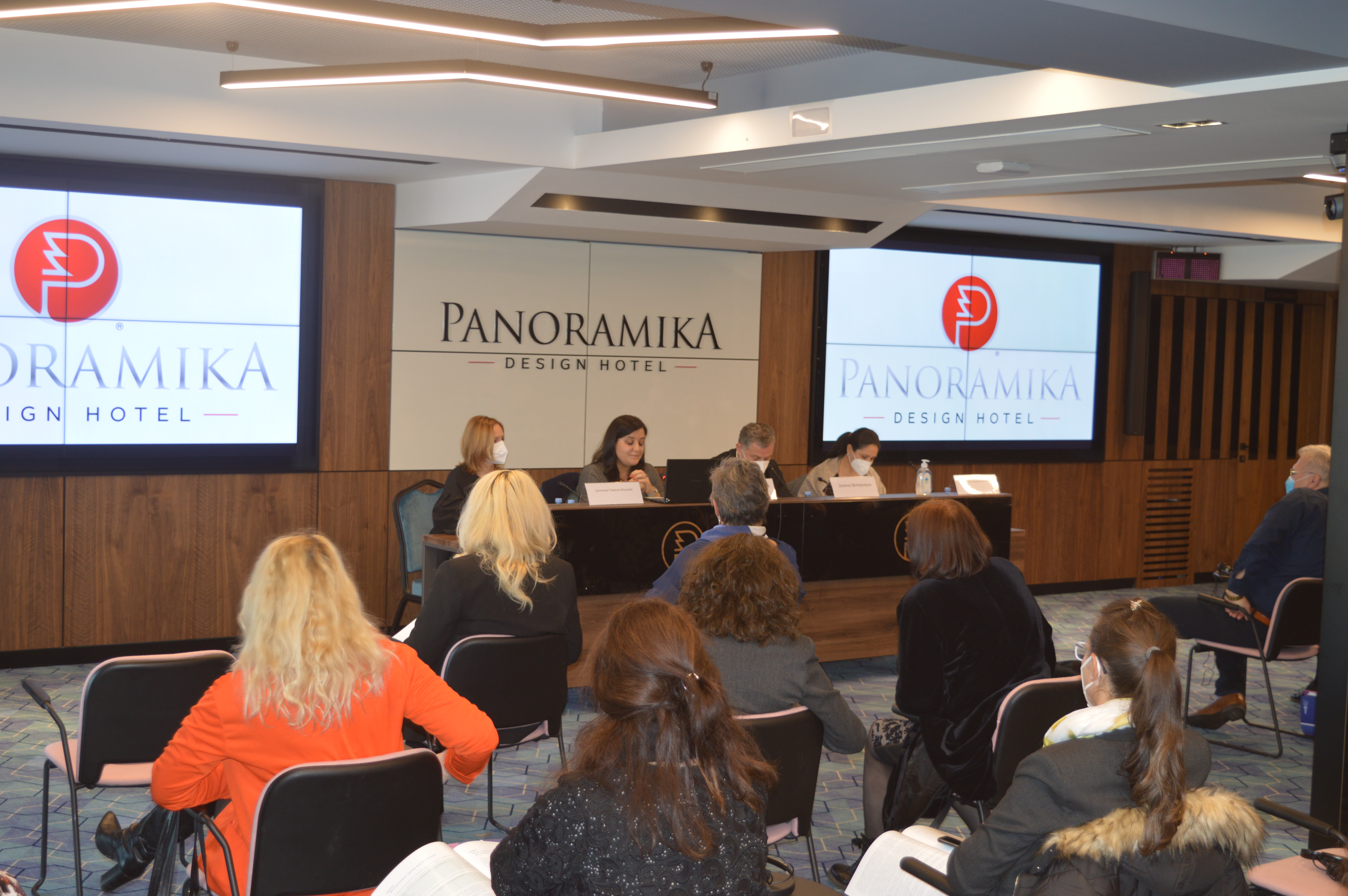 A positive signal from the EU needed, but North Macedonia should complete its homework on reform implementation

Although the adoption of negotiation framework by the Council of EU and holding the first intergovernmental conference with North Macedonia is an important step and positive impulse for the Government and the state institutions, the country must have a clear vision and strategy, regardless of European institutions’ decisions, continuous cooperation and coordination between institutions at a political and technical level, to implement reforms directly impacting the country.

The conference “In between the reports, progress and alignment – how to ensure that the process of adoption of the EU acquis is substantial and sustainable?” included a presentation of EPI analysis of the European Commission Progress Report and a discussion on factors impacting the quality and dynamics of reforms related to the EU accession.

North Macedonia has a relatively good level of Acquis harmonization, but implementation is necessary of laws and bylaws. Continuous progress and a high level of harmonization with the EU Acquis is noted in certain areas, such as Chapter 12 – Food Safety, Veterinary and Phytosanitary Policy and Chapter 29 – Customs Union. However, pursuant to the new methodology, stagnation and even setbacks in terms of reform dynamics are noted in most chapters and clusters.

Conference speakers and participants pointed to the need of adequate policy to retain experienced and attract new qualified staff as a necessary step that would ensure sustainability and promotion of institutions’ work. Such policy should be based on larger financial compensation for the employees, improvement of the staff promotion system, and other “soft” mechanisms that would motivate administration employees, such as the possibility for rotation in other institutions.

In addition to quality technical staff in administration, there is a need of strong political commitment and vision. Speakers pointed to the fact that areas wherein progress is noted in the EC report are those with top and middle management in respective institutions committed to programming, planning and realisation of programmes, such as the case of the Customs Administration.

Furthermore, participants also discussed the need to improve cooperation between institutions and to follow the rules and procedures when proposing and adopting the EU Acquis. There is a need to strengthen the role of the Secretariat for European Affairs in rems of promotion and coordination between institutions. On the other hand, the Secretariat is faced with a challenge in monitoring processes for the preparation of acts entering legislative procedure. The Secretariat is not always adequately consulted, and institutions fail to follow all phases of the procedure.

During the event, it was noted that the Secretariat is working towards improvement of the National Programme on Adoption of the EU Acquis and development of online platform that would allow digitalization and improved coordination between institutions. In addition, this platform would also allow the public to follow implementation of the programme, which, in turn, would improve institutions’ transparency and ensure public pressure over institutions. The Secretariat for Legislation, facing a lack of human resources, fails to respond to needs arising during the adoption of bylaws.

The speakers noted that the delays in opening accession negotiations impact the political will for reforms and the motivation to work on part of technical structures within ministries. A decision to open accession negotiations in the Council of EU would be stimulating, but should not be viewed as the single and key step towards completion of our obligations to the Union.

In that regard, it was noted that the country should make better use of the approach in granting funds by the principle “first come – first served” concerning IPA funds. EU Acquis implementation is becoming a large financial burden of both the country and the private sector. Thus, there is a need to conduct adequate analyses and plans on managing donor aid received from the EU and of bilateral donor aid towards implementation of the EU Acquis.

The conference speakers were divided on the impact of the new accession negotiations methodology. Joint opening, i.e. the interdependence of negotiation chapters within a cluster complicates negotiations for each area. On the other hand, it was noted that this would burden the administration in terms of attaining parallel progress in multiple areas.

Harmonization of the national legislation with the EU Acquis is a particular concern for the private sector. Delays in the adoption of amendments to the laws not only hinders access to the Single Market but also limits the innovation activity of companies. The private sector should exercise proactiveness in following EU regulations and should be a driver of change. This sector should be a corrective to public institutions.