Policy dialogue: North Macedonia has more judges than the European average, but our judges also have more cases to solve

HomePolicy dialogue: North Macedonia has more judges than the European average, but our judges also have more cases to solve 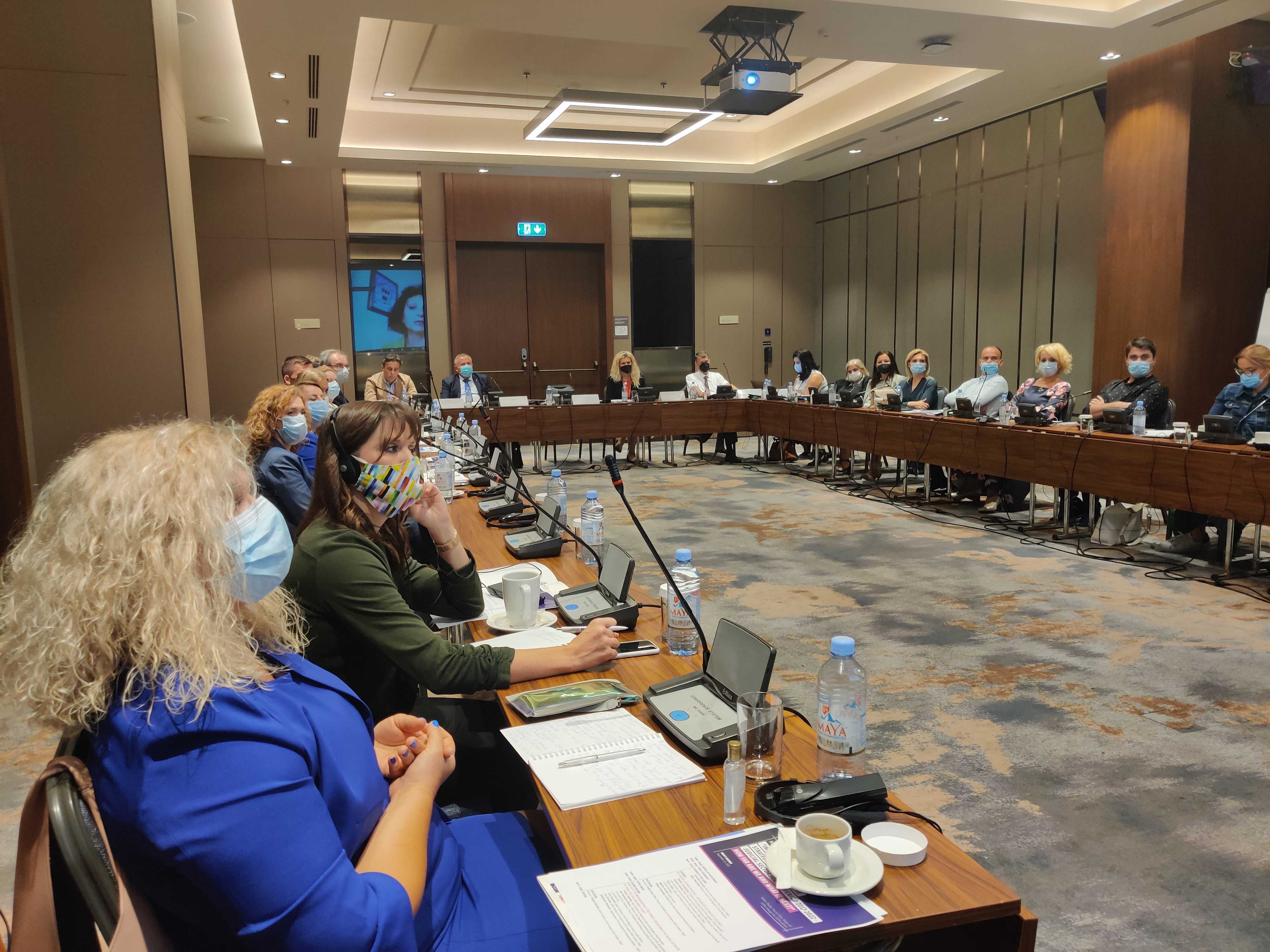 Policy dialogue: North Macedonia has more judges than the European average, but our judges also have more cases to solve

Even though in the Strategy for Reform of the Judicial Sector, as well as in other documents, it is pointed out that the number of judges is higher than the European average, if measured by the number of population, still our judges, statistically, have more cases to resolve. Any reduction in their number will have a detrimental effect on the functioning of the judicial system. This was one of the conclusions from today’s policy dialogue “Implementation of the Strategy for Reform of the Judicial sector for the period 2017-2022 – how far are we and what is next?”, organized by the European Policy Institute (EPI)- Skopje.

At the event, it was emphasized that the goal with the reform of the judicial sector will be achieved when the citizens will be satisfied with the functionality and impartiality of the judicial system. However, caution was expressed that every reform requires time and continuity and that ours is not simple at all, but shows commitment and determination for change.

The results so far have been characterized as solid, with 130 out of 227 activities completed, and the Minister of Justice Bojan Maricikj announced that he will seek an extension of the current Strategy for the next 4 years.

The participants also discussed that the Law on Court Budget is not respected, i.e. that the reality shows that the funds allocated for the judiciary are 0.3%, which is more than twice less than the projected 0.8%. It was pointed out that it is necessary to examine the optimal level of funds for the judiciary.

Speakers and participants agreed that public opinion polls and independent justice surveys needed to be taken into account to regain trust and enable the rule of law. The high level of distrust in the judiciary was highlighted as an alarm for the proactive involvement of all – both citizens and the judiciary – in reforms.

As a way out of this situation and regaining citizen’s trust, the process of digitalization was highlighted, which is useful for the efficiency of the judiciary and can change the perceptions of the general public.

The event was opened by the director of the European Policy Institute, Simonida Kacarska, and the Minister of Justice, Bojan Maricikj.

Pavlina Crvenkovska, President of the Judicial Council of the Republic of North Macedonia, Antonio Jolevski, Public Prosecutor in the Public Prosecutor’s Office Bitola and a member of the Council of public prosecutors from the area of the Public Prosecutor’s Office in Bitola; Betim Jahja, Judge at the Primary Court in Tetovo and member of the Association of Judges of the Republic of North Macedonia, Maksim Acevski, Auditor General and Biljana Ivanovska, President of the State Commission for Prevention of Corruption gave their views at the first panel on judicial reform processes, achieved results and key challenges.

In the second part of the event, the university professor and the President of the Working Group Drafting the Judicial Reform Strategy and Action Plan, Ana Pavlovska Daneva, the State Adviser at the Ministry of Justice Frosina Tasevska, the project coordinator of The Blueprint Group for Judicial Reform, Goce Kocevski, Iva Conevska Vangelova from EPI and Aleksandar Petkovski from Zenit talked about the status of the implementation of the Strategy and what are the steps that need to be taken further.

This policy dialogue was organized within the project “Partnership Justitia: Regaining citizens’ trust”, which is implemented by European Policy Institute (EPI) – Skopje, in cooperation with Association Zenith, and is financially supported by the European Union.