Social media created the opportunity for free expression, but at the same time opened a space for spreading hatred and misinformation

HomeSocial media created the opportunity for free expression, but at the same time opened a space for spreading hatred and misinformation 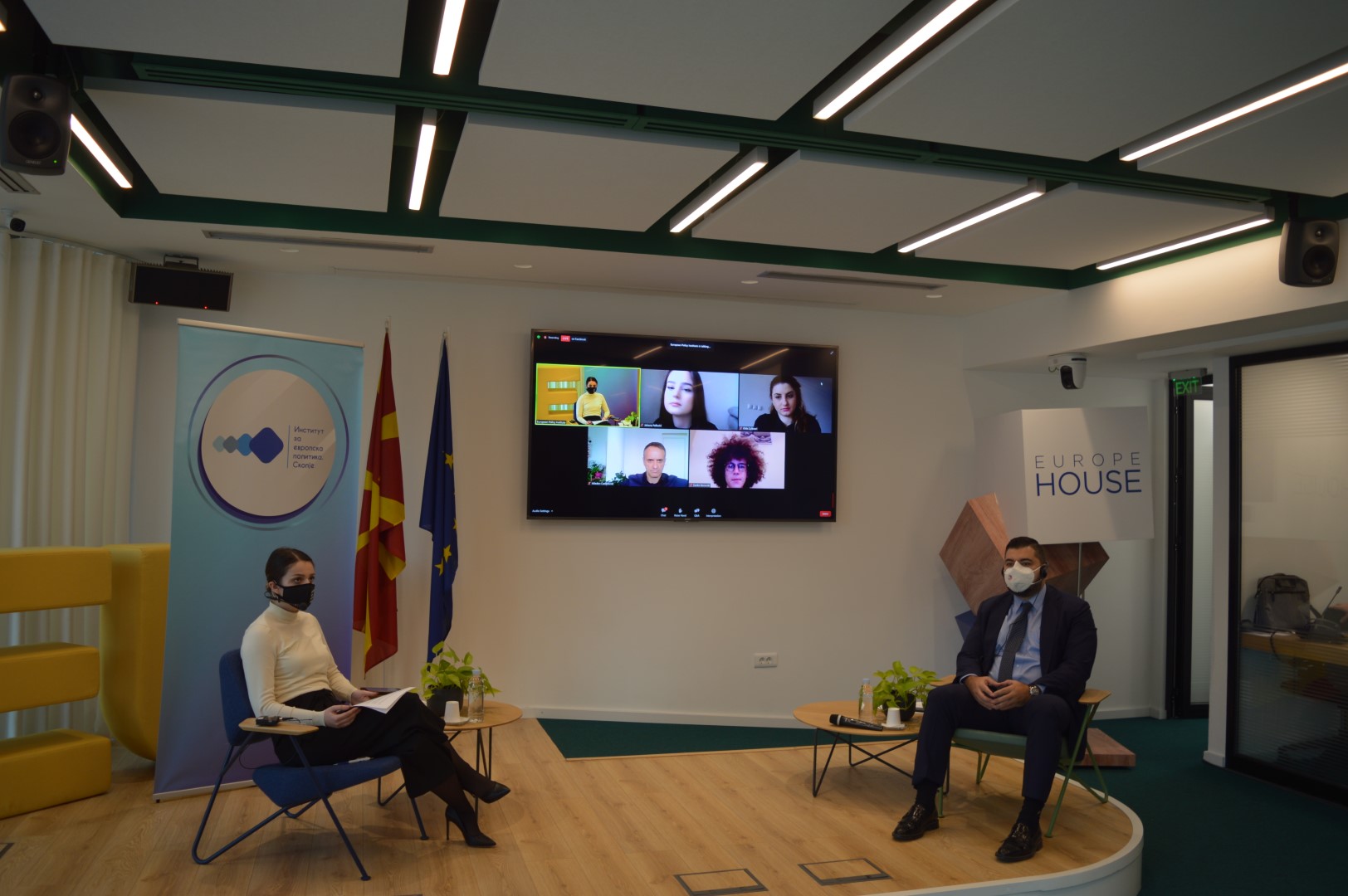 Social media created the opportunity for free expression, but at the same time opened a space for spreading hatred and misinformation

Social media have exponentially increased opportunities for free expression, but they have also opened up new challenges. They enabled easier communication locally and globally, connected users and enabled them to promote and achieve common goals. On the other hand, social media have opened up space for the spread of hate speech and misinformation. Creating and implementing appropriate policies to address these challenges has become a topic of transnational importance.

These were some of the topics discussed at the event “Freedom of expression on the Internet –  Common Challenge for the EU and North Macedonia” which took place on December 10 through the ZOOM platform and at Europe House, organized by the European Policy Institute – Skopje. With this event, EPI also celebrated the International Human Rights Day.

The speakers on the panel discussion were Alexandar Melamed – Delegation of the European Union to North Macedonia, Mladen Chadikovski – Association of Journalists of Macedonia, Meelika Hirmo – SALTO Participation & Information Resource Center from Estonia and Elida Zylbeari –  Metamorphozis Foundation, as well as the students Darko Berovski and Jehona Palloshi. The discussion was moderated by EPIs Project Assistant, Ardita Vejseli.

The students Darko Berovski and Jehona Palloshi presented the negative and positive sides of the Internet, as conclusions from the online discussions with young people aged 18 to 24, which EPI organized and held on December 3, 2020.

Berovski presented the positive aspects of the Internet, such as access to a large amount of information that people did not know before; learning new languages; easier communication with other people around the world, something that would be impossible without the Internet; allowing small businesses to advertise their work and make it easier to get information from important events. Palloshi, on the other hand, presented the negative aspects of the Internet such as Internet addiction and the negative impact on mental health; comparing people with others which negatively affects their self-perception; misuse of personal data in various ways, spreading hate speech, virtual violence and abuse of freedom of expression; spreading political propaganda; reduced restrictions on what is posted online.

Alexandar Melamed from the Delegation of the European Union in North Macedonia pointed out that in all debates in the EU on the measures to be taken to address the problems, there was a debate on how not to violate freedom of expression through the regulation. The EU’s incentive is increasingly focused on promoting self-regulation rather than further legal regulation. He also presented the efforts and activities the EU has undertaken over the years, such as the launch of the EU Internet Forum in 2015 which provides a voluntary framework for the industry to cooperate in deleting terrorist content; signing of the Code of Conduct in 2016 with the 4 largest companies (Facebook, Microsoft, Twitter and YouTube) used to delete illegal content on the Internet which violates the laws of the EU or member states;  the 2018 European Commission recommendation to help IT companies develop tools to address the challenges of freedom of expression in particular, and the EU Action Plan against disinformation, which includes a platform for a rapid alert system.

“When it comes to freedom of expression, in order to protect it as a human right, we need a comprehensive approach, we need all of us, civil society, the authorities, businesses and the IT industry to raise awareness and do its part to protect this right, as a universal right. “

Mladen Chadikovski, from the Association of Journalists of Macedonia, stated that in order to raise the quality of journalism, we should work on mechanisms for self-regulation and thus control fake news on the Internet. In our country, online media are not regulated by a special law, but all their work related to the information narrative they produce is regulated by other laws, such as the Copyright Law and other laws that regulate hate speech. He also presented the database of internet portals, Promedia.mk, which meet certain standards and criteria for the way they report and work. The database is a register of online media with over 130 professional Internet sites.

“If the laws are properly applied, we will have no problem functioning with this additional self-regulation that we are promoting.”

Elida Zylbeari, from the Metamorphosis Foundation, highlighted some of the projects that this organization implements in order to reduce fake news, increase media education and critical thinking of citizens, such as CriThink and Vistinomer and noted that this “war” continues to this day because, according to her, fake news and hate speech are a threat to human rights.  Especially in times of crisis such as the coronavirus crisis, fake news that have no credible sources and are written by dubious authors who do not follow the journalistic code of ethics are dangerous to society. She also explained the methodology used to verify announcements and news. The so-called fact-checkers examine in detail from the logic of the text, the author, whether and which sources are used to the images used.

“Journalists should adhere to the principles of journalism because without those principles one cannot be a good journalist. We need to verify the facts, and emphasize the bad work of the institutions, because our weapon as journalists, but also of the citizens, is to be vocal about our rights.”

Mеelika Hirmo, from the SALTO Participation & Information Resource Center in Estonia, said that non-formal education and activism were paralleled by freedom of the media, freedom of expression and education. The key is balance and a combination of tools – understanding the reality and situation of the country because if a measure, law or regulation worked in one country, this does not mean that it will work in another country without knowing the problem and the appropriate answer. In the European context, formal and non-formal education has been shown to play a major role, but attention should also be paid to educators and teachers themselves, not just citizens and young people. Educators and teachers need to be educated to what the new issues are, what the new platforms are, and they need to know the issues well enough to contribute appropriately to greater media literacy.

“The main question is how to regulate, what to regulate and why to regulate. Because when we want to promote content that is verified, unbiased and confirmed,  Facebook rejects this content, but at the same time you can see false information still spreading around. It is a challenge when countries or social media tehmselves start to “ban” content that is balanced and does not promote hate speech. They just use key words, automatized it and this can create more problems than it solves them”

The panelists also referred to freedom of expression as a human right. It was emphasized that media and information literacy are important in a democratic society, they do not only include knowledge, but also active participation, creating content that will make an important change in society, and young people play a key role here through those skills, the realization of their right and their active participation in civil society can contribute to the development of democracy. Furthermore, more attention should be paid to the extent that states and governments regulate this area so that no further and unnecessarily restrictions can be made to free speech, especially for journalists.

This event is part of the project Make Future Together: EU and the Western Balkans from the Youth Perspective, implemented by a network of think tanks from 6 countries in the region (Think for Europe Network – TEN) together with International Affairs Institute in Rome, Bronislaw Geremek Foundation in Warsaw and European Policy Centre (EPC) in Brussels. The project is funded by the Education, Audiovisual and Culture Executive Agency (EACEA) through the Europe for Citizens program.