Through Prespa to a Credible EU

HomeThrough Prespa to a Credible EU 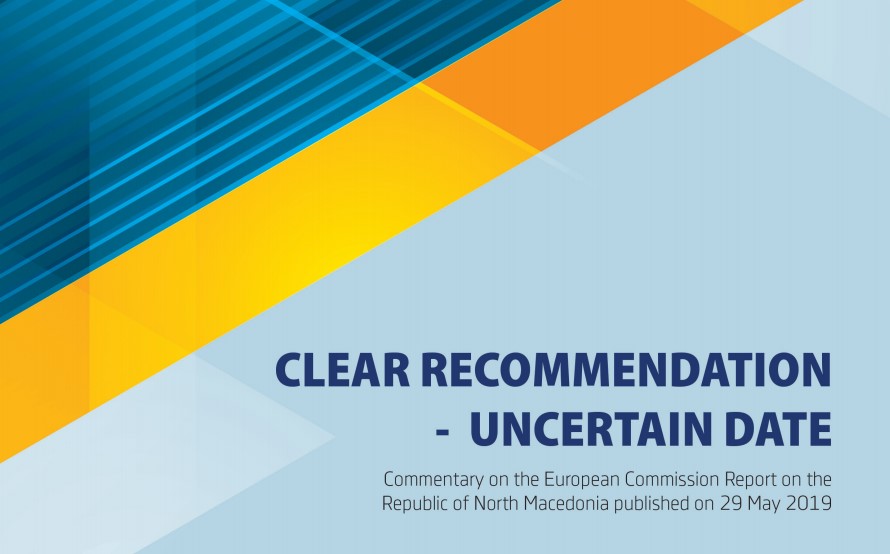 Through Prespa to a Credible EU

The spirit of the Prespa Agreement prevails in the entire EU Enlargement Package. On the one hand, this is a recognition of the difficult political decisions and the clear commitment of the country to its EU integration. On the other hand, the said Agreement ensures the possibility to revive the already fragile policy of conditionality by keeping up the momentum within the region and wider. In addition, this is a test year for the EU, for its Strategy for the Western Balkans and for its credibility, which will greatly depend on pursuing a strict, but a fair policy, including the application of a merit based principle in assessing the individual achievements of countries, and primarily on the start of accession negotiations with North Macedonia.

Considering the public statements by Commissioner Hahn prior to the publication of the Report, the Report’s contents are not at all surprising. The Report reaffirms the key foreign policy achievements, i.e. the settlement of bilateral differences, as well as the fulfilment of key reform priorities. In addition to serving as a roadmap for the internal reforms, the primary goal of this year’s Progress Report is to convince the Member-States that accession negotiations should start with the Republic of North Macedonia immediately.

After a decade of repeated recommendations for start of accession negotiations, the 2019 recommendation is different; it is “more precise” or rather “crystal clear” without any additional conditions, without any obstacles, being drafted in a very positive spirit. The Republic of North Macedonia is pointed out as an example of a country making positive steps and progress in fulfilling the key membership criteria. However, such an approach does not mean that the country has fulfilled all its obligations. Instead, the country is now set on a more difficult track of maintaining its positive image by pursuing more sustainable reforms in the key areas, constituting the “fundamentals first” approach and the six flagship initiatives under the Strategy for the Western Balkans.

The Report underlines the progress made in restoring the checks and balances system among the three branches of power, then in strengthening democracy, building an independent judiciary, establishing the Anti-Corruption Commission, fair Presidential elections. However, the Commission repeats the last year’s announcement for an “enhanced approach” in relation to Chapter 23: Judiciary and fundamental rights and Chapter 24- Justice, freedom and security. In this context, in addition to the thus far understandably dominant focus on political decisions and steps, the assuming of membership obligations should not be neglected, and especially the alignment with the acquis in which no significant changes vis-à-vis the previous year were observed. Urgent measures are needed to strengthen the capacities for alignment with the acquis and, in parallel, the capacities for fulfilment of administrative and political criteria.

The EC recommendation for North Macedonia is a convincing one. Now the big question is not “what”, but “when” can we expect a positive outcome. According to the June 2018 Council of the EU Conclusions, the decision setting the date for the Intergovernmental conference to start accession negotiations should be made this June, and the Conference should be held by the end of 2019. The Council of the EU is to charge the Commission with preparing the negotiating framework.

The timeline until the end of this year for convening the Intergovernmental conference has not yet been called into question. However, June as the term for adopting a decision setting the date for the Intergovernmental conference is indeed called into question. Member-States now cannot use the excuse that they have found deficiencies on the Macedonian side.

The low awareness of EU Member – States as to the consequences of not delivering their commitments for the Region and wider is of great concern. The probable consequences for the country would be low level of motivation to further pursue reforms, while feeding the climate of political divisions and even political crisis.

In light of all these risks and in spite of them, the Government needs to continue the well focused diplomatic efforts and the reforms, yet under a precisely designed strategy of clearly defined national priorities.

EPI’s analysis of the EC Report can be found here